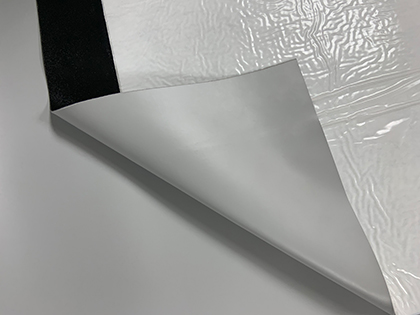 A unique self-adhesive waterproofing PVC membrane LOGICROOF V-GR FB SA by TECHNONICOL Corporation was chosen for use in one of the country's most important projects of tunnel construction under Rohtang high mountain pass.

When finished, Rohtang Tunnel with a length of 8,800 m will set a world record: it will be the longest tunnel in the world at an altitude of over 3,000 m above sea level. The project is not only big and complicated, but also very important as the passage under the Himalayan mountain range of Pir Panjal will not only connect the two neighbouring valleys of Kullu and Leh, but will also open a new all-weather and year-round route to the state of Jammu and Kashmir. That makes the construction of this tunnel not just an infrastructure issue, but also a strategic one.

Currently, the road through Rohtang Pass is closed due to heavy snowfall and avalanches for 6-8 months a year. And even in the summer, many accidents happen on the pass due to bad weather and poor road conditions, people often die. In the best case, travel between the valleys takes 5-6 hours, but if a traffic jam occurs due to rain or landslide, it may take several days. While the drive through the highway tunnel will take just half an hour at any time of the year.

The general contractor for the construction is a joint venture of two well-known construction companies – the Austrian STRABAG and the Indian AFCONS Infrastructure Limited. The choice of materials for architects and builders was very wide, but the most stringent requirements were imposed on the protection of concrete structures of external structures (portals) of the tunnel from rain and snow. While almost all over India the air temperature exceeds +25°C most of the year, in the mountains of the northern states of the country it can drop below -25°C in winter, so TECHNONICOL offered its frost-resistant PVC membrane to contractors. For the project, this solution turned out to be ideal, and the Corporation’s vast experience in the development and production of materials for harsh northern conditions helped to convince the client – Border Road Organization (BRO).

LOGICROOF V-GR FB SA is a multilayer glass fiber reinforced PVC membrane with laminated geotextile fleece on the bottom surface, which is pre-impregnated at the plant with a special adhesive and protected by a release film. Its upper layer provides high resistance to precipitation and ultraviolet rays (which is very important in high altitude conditions, where UV radiation is especially intense). The waterproofing material retains elasticity at low temperatures and is resistant to punctures and other mechanical damage. Besides, LOGICROOF V-GR FB SA is a self-adhesive PVC membrane that has no analogues in India and is simple and easy to install: the one should just remove the protective film and unroll the material onto the surface, and then weld the joints with the hot air equipment.

“In India, TECHNONICOL enjoy its prestige among developers, architects and designers. This time we presented a unique material, which is still unknown in our country and has no analogues in the product portfolios of our respected competitors. Now, after we took part in such a strategically important project, we expect even greater prospects for promoting PVC membranes and other TN materials on the market," commented Saurav Puri, Business Director of TECHNONICOL India.